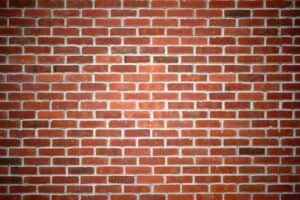 Wondering what the term “brick” refers to in basketball?

In this article, we’ll break down what it means and also show you some of the worst bricks of all time. After watching some of these thunderous bricks, you may not feel as bad the next time you miss a shot.

What is a Brick in Basketball?

When someone says the word brick in a basketball game, they are simply referring to a missed shot. But a brick isn’t just your standard run-of-the-mill missed shot. A brick is loud, ugly, and embarrassing for the player who shot it.

What are the tell-tale signs of a true brick? Well, for one, there is usually a loud clanging noise when the ball smacks off either the backboard or the rim. In other words, it’s not a pretty miss (if there is such a thing as a pretty missed shot).

Another classic example of a brick is a shot that hits off the backboard without ever touching the rim. This meant the shot was extremely inaccurate and never had a chance to go in the bucket.

A brick should not be confused with an “airball”. An airball is another slang term in hoops for a missed shot but it’s different than a brick. With an airball, the ball doesn’t touch the backboard or the rim. Here’s a prime example of an airball from former San Antonio Spurs superstar Tony Parker:

Where Did The Term Come From?

No one knows when or where the term “brick” was first used during a basketball game. Though basketball historians can’t pinpoint the origin of “brick”, it has been commonly used by spectators of the game for quite some time.

What is a Bricklayer?

Nobody ever wants to be known as a bricklayer on a basketball court. A bricklayer is someone who is always missing shots by a mile. The term can be used to describe a poor shooter in general or even a good shooter who is having an off night.

For example, big men like Shaquille O’Neal and Ben Wallace were notorious for being bricklayers from the foul line. Shaq’s struggles at the free-throw line were well documented, as he only hit 52.7% from the charity stripe.

Wallace was even worse, as he only hit 41.4% of his free throws during his NBA career. The 2004 NBA champion won the Defensive Player of the Year award four times during his 16-year career on the court. This just proves that the game of basketball is about more than just offense.

Like we said though, even the best shooters can be called bricklayers if they’ve had a few bad games in a row. A good example of this would be Steph Curry, who has led the league in three-point field goals six times and is arguably the best three-point shooter in the game today.

In a playoff game against the Cavs back in 2015, Curry only hit 2 of his 15 three-point field goal attempts for the entire game. This just goes to show that even the best players in the NBA can be known as bricklayers on some odd occasions.

The Worst Bricks of All Time

All basketball players, even good players, are prone to laying some bricks. It’s just part of the hoops game. The best shooting team in the NBA for the 2021-22 season is currently the Utah Jazz, who have an overall field goal percentage of .472 as of this writing.

What this means is that even the best shooting NBA teams still miss nearly 53% of their shots! With that being said, here are some of the worst bricks of all time.

Shaq was one of the best centers in NBA history and a heck of an offensive player in his prime. He won the NBA MVP Award in 2000, won four NBA titles, and put up some impressive statistics throughout his illustrious career. However, O’Neal struggled with his free throws his entire NBA career.

In this video, you can see how the ball leaves Shaq’s massive hand and smacks into the front part of the rim, and makes a loud clank. This is the perfect definition of a brick. Don’t worry Shaq, we all still love you!

It’s hard not to admire a guy like Russell Westbrook. After all, he has more triple-doubles than any other player in NBA history and is one of the most dominant players of his generation. That’s the main reason most of his teammates refer to him as “BeastBrook”.

Westbrook is a highly skilled point guard, but this shot smashed off the top of the backboard. Yikes! We bet some of the Lakers fans were razzing him about that brick. The great thing about Westbrook though is that nothing seems to rattle his confidence.

James Harden is a beast of an offensive player and one of the best scoring threats in the game today. Most coaches would love to have the ball in Harden’s hands at the end of the game with the outcome hanging in the balance. However, “The Beard” has been known to jack up some ugly bricks.

The above video is a full compilation of bad shots by Harden. A lot of these shots are from well behind the three-point line. In Harden’s defense though, he ranks 4th on the NBA’s all-time list with over 2,500 three-pointers made.

Everyone in the NBA respects Paul George and deservedly so. “PG-13” has been one of the best all-around players in the game for over 11 years. But even Mr. George has laid some nasty bricks in his career.

In the above video, the former first-round draft pick of the Indiana Pacers misses a whole host of shots. Notice how most of George’s shots clang off either the front or the back of the rim. George is known as a very good shooter but he currently ranks 15th on the active list in field goals missed.

Roberson spent six seasons with the Oklahoma City Thunder before heading to the Brooklyn Nets for a few games last season. The former Colorado Buffalos star is not currently on an NBA roster but he’ll go down in history for these two ugly free throws. We can’t help but feel just a little bit bad for Roberson after watching this video.

On the first foul shot, Roberson puts up an atrocious brick that hits between the back of the rim and the backboard. The sad thing is he overcompensates for the second foul shot and leaves it well short for an embarrassing airball. Hopefully, another NBA team will sign Roberson soon because he is a very good defensive player.