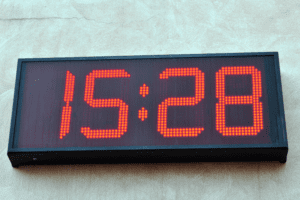 The college basketball season usually gets started a couple of weeks before Thanksgiving. There are some huge matchups between schools that are predicted to make a run for the national title to kick things off.

Due to the holidays, a lot of fans (who aren’t actually in college) get into the season after the new year.

As conference play swings into high gear for a couple of months leading up to March Madness, it’s a good time to reintroduce yourself to college hoops and the structure of each game.

How Long Are College Basketball Games?

College basketball games are 40 minutes long, and games are played in two 20-minute halves. There is a 15-minute break at halftime after the first half has concluded.

Of course, the actual time from tip-off to the end of regulation isn’t 55 minutes on the nose. In actual time, the contest spans about 2 hours from start to finish. 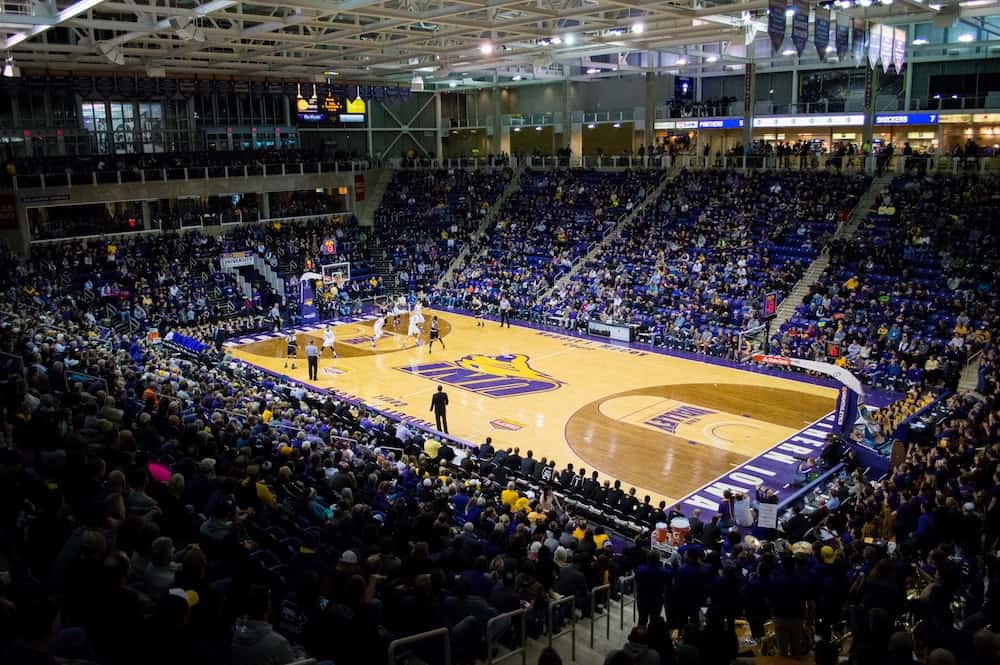 There are a few factors that contribute to why college games last for around 2 hours. First of all, the game stops every 4 minutes due to media timeouts for televised college hoops games.

This means at roughly the 16, 12, 8, and 4-minute mark of each half, the game will automatically pause, even if neither team called an in-game timeout. The stoppage occurs most commonly via a dead ball (the ball going out of bounds) or a foul.

While the length of a media timeout can vary based on the agreement a network has with a conference, it usually lasts a few minutes so the channel can show commercials.

Additionally, the number of team fouls contributes to the length of the game as well. Each team can commit up to 5 fouls per half, without the opposing team necessarily shooting free throws.

However, when/if a team commits 6 fouls in a half, up to a total of 9, the opposing team goes to the free-throw line automatically. This is called the bonus, and the opposing team will get a second shot if they make the first.

If they miss the first, then the regular course of play continues on the rebound.

If a team is truly hacking and whacking during a half and commits 10 team fouls or more, the opposing team enters what’s called the double bonus. This means that they’ll shoot two free throws every single time they’re fouled for the rest of the half, whether they were in the act of shooting or not.

This might seem like rule 101 breakdowns of the game, but a game involving a parade to the free throw line will take longer than one which has fewer fouls called.

All of this information can make it seem like college basketball drags on forever, and that the product on the floor is dull or boring. That couldn’t be further from the truth!

There are other built-in ways to speed up the game as well which should also be called out.

For one thing, the game doesn’t stop for 30 to 45 seconds if two players on opposing teams have their hands on the ball at the same time. College basketball utilizes the possession arrow system, which instantly determines whether a team will gain or retain possession of the ball.

The team that loses the opening tip of the game has the benefit of the possession arrow first, and when the scenario described above happens for the first time, they get to have the ball. Then the arrow will switch to the other team, and if that situation happens another time, possession will go to that team.

College basketball also utilizes a running clock late in games, where time continues to elapse even after a made basket. This causes some frantic finishes, where a trailing team hustles to get the ball inbounded if their team doesn’t have any timeouts.

How This Compares to NBA Games

The NBA game is set up a little bit differently. The total game time at the professional level is 48 minutes.

This is divided up into 4 12-minute quarters. Between the first and second quarter and third and fourth quarter, there is a 2-minute and 30 seconds-long break.

Just like in college basketball, halftime breaks in the NBA last for 15 minutes.

Although they don’t come into play as much in the NBA, they also have a concept of media timeouts, which take place just after the 7-minute and 3-minute marks of a quarter. Due to the talent on the floor, it’s highly likely that one team will call a timeout before this happens, in order to stop a run or get their game plan re-organized.

The team foul rules are a little different in the NBA, as a team enters the bonus when they commit their fifth foul in a given quarter. There’s also some nuance to this as well, as the slate is wiped clean in under two minutes in each quarter.

A team can re-enter the bonus by committing 2 fouls in the last 2 minutes, though. All free throw attempts at the NBA level are two shots for common fouls.

The NBA shot clock lasts 24 seconds, so players are expected to shoot more often than in college.

The pros don’t use the possession arrow; they utilize the concept of a jump ball if two players are holding the basketball simultaneously.

The two players who were holding the ball when the whistle blew will have a tip-off similar to the one that started the game, and the action will continue from there.

In real-time, an NBA game lasts for around 2 hours and 30 minutes.