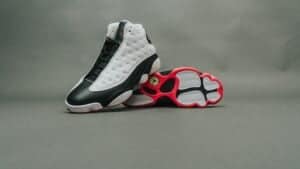 There’s no questioning the fact that the way the game of basketball is played in 2022 only loosely resembles the style associated with prior eras. In today’s version of the sport pace, space, versatility and skill are more prevalent than ever.

Even though all five players on the court are now expected to be able to make plays for themselves and others, guards still have the most responsibility and activity.

The majority of offensive possessions still start with the ball in the hands of a capable guard, who is tasked with beating their defender off of the dribble, or expertly using a pick and roll set for them. If they’re able to get in the lane, they’ll still need to navigate around and over the traffic that larger players create when they protect the basket.

Guards are also better jump shooters than they have ever been before, as opposed to point guards of yesteryear whose sole focus was to get their teammates involved. As a result, schemes have evolved to get them open looks as they curl around screens on the wing and on the baseline.

They’re doing a lot of starting, stopping and sprinting in their effort to get a good shot off. Opposing guards are also tasked with chasing them down to ensure that their matchup’s life is difficult.

While basketball certainly tests the endurance and mobility of every player on the floor, the movements demanded from guards remain the most unpredictable and sudden relative to other positions. It is important for them to have sneakers that support the variety of planting, cutting and elevating that is required of them.

We’ve surveyed the scene to find the best kicks available for the ambitious guards looking to excel on both ends of the floor. Even though Kevin Durant is one of the greatest scoring forwards in NBA history, his KD 14 sneakers are a tremendous option for highly active guards looking to make a difference on the floor.

It is unclear whether Durant himself and Nike deliberately calibrated the structure of the shoe to compliment the game of aggressive playmaking one’s and two’s, but it seems like they struck gold with this version.

There are a lot of times in a basketball game where your foot actually slides up or down within the shoe, which can be an uncomfortable feeling. Mentally, that can throw a player off, and make them a lot more hesitant to make a move with conviction.

The KD 14’s don’t allow for this to happen, since they maintain a lightweight feel while protecting the midfoot area with a strap. It has also been said that the shoe is a little bit narrower than prior editions, which adds to the snug narrative established above. Shoes branded from powerful players, elite shooters and dogged defenders will be analyzed below, but let’s first take a look at a player who highlights impeccable handles as part of their arsenal.

Enter Kyrie Irving, who possesses arguably the most impressive dribbling array ever seen on a professional court. Just when a defender thinks they have Irving stymied, he pulls something out of his bag of tricks in order to flummox his opponent.

It’s another type of style that footwear needs to account for, considering that a player like Irving is often operating in tight areas of the court.

As one might imagine, sneakers endorsed by Irving would have a superb amount of traction for the improvisational nature of guards he has inspired over the years. The Kyrie Low 5 sneakers check that box, performing well in both indoor and outdoor conditions.

They are a little on the expensive side, but are a good selection for players who thrive in traffic. While the ninth edition of Curry’s sneaker line (covered below) is an excellent choice for guards, the seventh release is also a strong choice.

Reviews indicate that this product has excellent traction, which helps players who utilize start and stop maneuvers as well as herky-jerky hesitation movements. Exploding off of your feet in these kicks will get you to the rim with gusto.

Similar to the Curry 9’s, the Curry 7’s will also need to be broken in before achieving optimal performance. It is a good idea to wear them during shootaround or a light jogging session before graduating them to the games that matter. Throughout his NBA career, Los Angeles Clippers swingman Paul George has been known as one of the most gifted two-way players in the NBA.

While his offensive skill set doesn’t necessarily always lend itself to that of a prototypical guard, his lockdown defensive ability over the years translates to the type of lateral quickness guards require to stay in front of their matchup.

George has excelled on defense with impressive wingspan and length, but also by being able to stay between his man and the basket. It seems a little strange to say, but the PG 4’s almost know how hard you’re working on the defensive end, and want to allow your feet the oxygen it needs to feel comfortable and apply relentless pressure.

The mesh allows the shoe to breathe, which makes it a comfortable option for a full-length game, or if you’re called upon to play heavy minutes. While we’ve taken a look at the kicks Stephen Curry has released as an all-world player with infinite shooting range, it only makes sense to provide an alternative sneaker from another player who can light it up from distance.

Damian Lillard is one of the most lethal scorers in the league today, and can pull up on the dribble, as well as come off of screens to give defenders fits.

The Dame 8 is a great shoe that plays well regardless of where the action is taking place. Lillard hails from Oakland, and would spend a lot of his childhood days tearing up the playground courts.

This shoe is a commendable option for outdoor competition as a result, which is an ode to the Portland Trail Blazers’ star’s background.

The forefoot of this shoe is relatively thin, but the heel area does a nice job of absorbing impact. With vintage looks inspired by Walt Clyde Frazier and Puma Hoops Technology, like Profoam for insane energy return, forefoot webbing for unmatched stabilization, and a clean, vintage-inspired design, these kicks are just as comfortable in game as they are for the post-game presser.

While current players gravitate towards the sneakers of current stars, there are other alternatives on the market that got their start several generations before.

Even though it is important to consider that basketball in 2022 has evolved over the course of time, input from a Hall of Fame guard about what a shoe should prioritize can still help a company churn out a viable product today.

Such is the case for the PUMA Clyde’s, which are inspired by former New York Knicks point guard Walt “Clyde” Frazier. Even though he hasn’t played in an NBA game since 1979, he is a legend for leading New York to the NBA title in the 1970’s, and has remained a pillar of the fashion community even as a broadcaster.

These sneakers provide great stability, and have a classic looking design. These low-tops are known for their durability as well, and should be reliable staples during countless numbers of basketball games. Another one of Paul George’s shoes makes our list, as the PG 5’s are also worth mentioning. The uppers, or the part of the shoe that covers the front part of the foot(including the toes) are notable in this version.

While many shoes focus on the sole exclusively for support, the PG 5’s also take uppers into consideration by creating a cushioning setup using pressurized air. They also have great traction, which is necessary to stick with quicker competition.

Ideally, these sneakers will be called upon primarily for indoor games, as they are not ideally suited for outdoor surfaces such as concrete.

At long last, we arrive at the kicks devised by one of the greatest talents the NBA has ever seen. LeBron James’ combination of size, strength, speed and agility is unlike nearly anything fans have ever seen in league history, and his style of play would put any pair of sneakers to the test.

With that in mind, sneakers that James signs off on will likely have guards as well as point forwards in mind. The LeBron 19 Low shoe focuses on comfort, specifically providing additional cushion in the heel area.

These are shoes that are also light and will not bog you down as you get your team’s offense into high gear.

Link To Check Price On Nike Puma makes another appearance on this list, this time with its Fusion Nitro sneakers. While it isn’t attached to a particular player necessarily, it features some solid technical aspects that can allow a guard to play their very best when it matters most.

The Fusion Nitro is one of the more comfortable shoes on the market, since it has Nitro foam in its midsole which allows for a soft feel in the middle of your foot.

The traction of the sneaker as well as its long lasting durability make this an affordable and reliable option for a guard.

While NBA players have used sneaker brands in their name to help cultivate an identity with the public, perhaps no player has a more practical relationship with his shoes than Stephen Curry.

It is largely forgotten that before the league’s all-time leading three point shooter ascended to legendary status, he had a difficult time staying on the court due to ankle injuries.

With this in mind, sneakers that Curry and his team sign off on should provide ankle support and impact protection. His releases are known for this, and the ninth version of his line is no different.

Reviews seem to indicate that the sneaker might be a little tight in the early outset of purchase, but quickly adjusts to the shape of your foot and provides an impressive cushion.

The shoe features a heel drop, which enhances the burst of a guard needing a little boost, and a midsole that is sturdy enough to withstand hard plants and changes of direction.

Link To Check Price On Under Armour

We round out our list with the New Balance Two WXY V2’s. That’s a mouthful to say, but the appeal of the sneaker can be summarized a little more succinctly.

This basketball shoe allows a guard to quickly build momentum, as the foam incorporated in the shoe allows a player to penetrate forward immediately.

Its outsole was formulated based on metrics that allow the shoe to provide traction during critical moments.