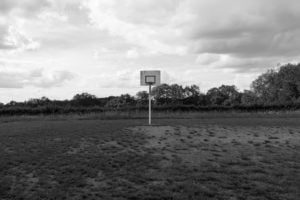 I’ll never forget the first time I watched Hoop Dreams as a young kid.  It was a riveting basketball documentary that motivated me to take my game to the next level. In fact, after watching Hoop Dreams, I began waking up at 5 AM each morning to shoot free throws.

There are plenty of inspirational documentaries out there today about basketball, but which ones are the most motivating? In this article, we’ll go over 15 of the best basketball documentaries that will help encourage you to fully develop your game.

Rebound is a feel-good documentary that is based on a true story about a high school basketball team from Kentucky in 1980. The story takes place in a small town in Kentucky called Independence. A tragic gas explosion at the town’s high school left several students injured, killed a 16-year old, and left the whole town in shambles.

The movie was released in 2009 and is an inspirational story about overcoming adversity. The high school boys basketball team was determined to finish their season even though they’d endured such a horrible tragedy. Rebound is a great example of how sports can help bring us all closer together during tough times.

14. Michael Jordan to the Max

You can’t have a top 15 list of anything basketball-related without mentioning Michael Jordan. This documentary is only 46 minutes in length, but it’s jam-packed with highlights from Jordan’s entire basketball career. The film also shows some rare footage of Jordan’s Minor League Baseball career.

The film was released in 2000 and featured Jordan, Phil Jackson, and Doug Collins. This documentary is inspiring simply because it features arguably the greatest NBA player of all time.

Iverson is a true rags to riches documentary about Allen Iverson, one of the most exciting point guards to ever play in the NBA. Get the real story from Iverson himself as most of this film is in his own words. See how Iverson went from growing up in poverty to becoming an 11-time NBA All-Star.

This documentary came out in 2014 and was available on Netflix for quite a while.  Iverson influenced an entire generation of young basketball players. Watching this film will make you want to practice your crossover move!

This movie tells the story of what was possibly the greatest rivalry in the history of the NBA.  Magic Johnson and Larry Bird hated each other on the court but always had a mutual respect for one another. In this documentary, you get to relive all those historical games between the Boston Celtics and Los Angeles Lakers.

This thrilling documentary was released in 2010 and features multiple interviews with Johnson and Bird. The film is inspirational because it shows how having a fierce rivalry can bring out the best in you as a basketball player.

Spike Lee does a fabulous job as the director of this film about Kobe Bryant. This 1 hour and 24-minute documentary shows an unfiltered look at a day in the life of Bryant. Hear the Lakers legend as he’s mic’d up for an entire game against the San Antonio Spurs.

This film came out in 2009 and does a beautiful job of displaying just how great of a basketball player Bryant was. It’s a bit sad to watch considering Bryant’s recent passing. However, it’s a great reminder for all of us to live each day as if it’s our last.

The Fab Five tells the story of five freshman basketball stars from the Michigan Wolverines. Get the real story behind Chris Webber, Jalen Rose, Juwan Howard, Jimmy King, and Ray Jackson’s run to the NCAA championship game in 1992. ESPN Films does a terrific job of capturing the highs and lows of that magical season.

ESPN aired this documentary back in 2011 and it garnered some good ratings. These five young kids brought hip hop culture to college basketball. The overall story is both fascinating and inspiring for young basketball players to watch.

Without Bias documents the rise and fall of Len Bias, one of the greatest college basketball players of all time. This short 52-minute film chronicles Bias’s best days at the University of Maryland.

The Boston Celtics selected Bias with the second overall pick in the 1986 NBA Draft. Tragically, Bias died of a cocaine overdose just two days after being drafted.

Without Bias is part of ESPN’s 30 for 30 series and was initially released in 2009.  Though the film is tragic, it can be used as a great motivating tool to encourage people to never use drugs.

No, we’re not talking about the movie starring Will Smith and Martin Lawrence. This documentary provides an inside look at the true bad boys of the NBA, the Detroit Pistons of the late 1980s and early 1990s. Bill Laimbeer, Dennis Rodman, Rick Mahorn, and Isiah Thomas would do just about anything to win NBA titles.

This 2 hour and 20-minute film was released in 2014 and will inspire basketball players to do whatever it takes to be successful. Bad Boys shows people the amount of grit and tenacity it takes to win NBA championships.

More Than a Game is a fabulous documentary that tells the story of LeBron James’s high school basketball team in Akron, Ohio. James had a lot of talented teammates around him in high school with guys like Dru Joyce III and Romeo Travis pushing him to new heights.

This movie was released in 2008 and provides some rare footage of James during his younger years. More Than a Game is a good reminder that a team is never about just one player.

Winning Time takes you on a wild journey while chronicling the rivalry between the Indiana Pacers and New York Knicks.

Reggie Miller, one of the great three-point shooters in NBA history, loved to talk trash with Spike Lee, an avid Knicks fan.  Get the inside scoop of the rivalry with interviews from Reggie Miller, his sister Cheryl Miller, and Spike Lee.

Winning Time first aired in 2010 and became an instant hit with all NBA fans. Seeing how Reggie Miller led the Pacers to victory over the Knicks will show young basketball players the importance of good leadership.

Here’s another 30 for 30 documentary that is sure to send chills down your spine. Survive and Advance tells the story of legendary coach Jim Valvano and how he led NC State to an NCAA title in 1983. Valvano made one of the greatest speeches of all time while dying of cancer ten years later in 1993.

Survive and Advance first aired in 2013 and is one of the best documentaries about overcoming adversity. Valvano and the Wolfpack proved that you should never count out the underdog.

Hardcore hoops fans over the age of 40 probably remember exactly where they were when Magic Johnson announced that he was HIV positive. This documentary provides an in-depth look at that historic moment in NBA history.

The Announcement was released in 2012. It is an inspiring story of how Johnson overcame the devastating diagnosis and still continues to live a happy life with his trademark smile.

Long Shot tells the compelling story of Kevin Laue, who dreams of becoming the first one-armed player to play Division I college basketball. Laue must endure being born with an arm that ended just below his elbow as well as his father’s untimely death.

The film was released in 2013 and will inspire you to never give up on your dreams no matter what obstacles you may face.

Hoop Dreams is one of the best basketball documentaries of all time. Get an up close look at the story of William Gates and Arthur Agee, two young ballers from the inner city of Chicago. Follow alongside Gates and Agee as they both try to achieve their dream of playing in the NBA one day.

Hoop Dreams is one of the highest rated documentaries of all-time. The film is 2 hours and 54 minutes long and was released in 1994. This movie inspires all of us to make the most of the opportunities life gives us.

The best basketball documentary of all time is actually a series of ten episodes.  Follow the story of the 1990s Chicago Bulls, one of the greatest sports dynasties ever!  Enjoy intimate interviews with Michael Jordan, Scottie Pippen, John Paxson, and Phil Jackson.

The Last Dance was released in 2020 and gave most of America something to look forward to each week during the COVID-19 pandemic.  Hearing first hand accounts of how determined Jordan was to win championships is highly inspirational for anyone that watches this riveting series.